RunKeeper to the Rescue: How I Found Mr. Janes' Grave

I spent the weekend playing old-time music with friends who gathered in Iroquois County, Illinois and Sunday morning, on the way home, I stopped at the Onarga Township Cemetery to visit the grave of fiddler William Alonzo Janes. The long story of my connection to him is one for another post, but it's dear and finding his resting place was very important to me.

Onarga is a small town, population 1350 in 2009, and so my plan, small-town upstate New Yorker that I am, was to just wander the cemetery looking for Mr. Janes. One look told me that wasn't going to work. 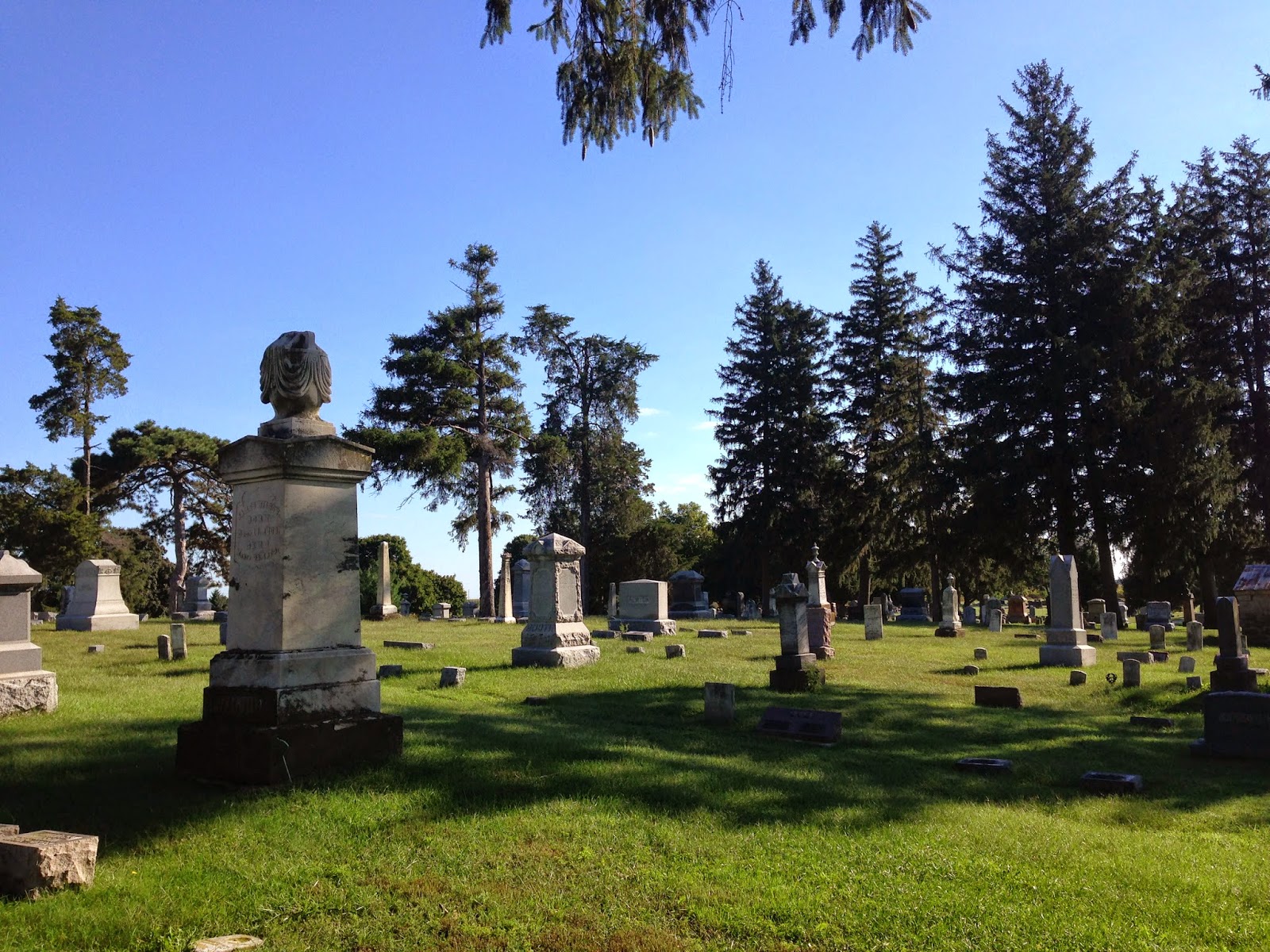 I pulled out my iPhone, found my reading glasses, and looked at the Find A Grave entry to see if there was a cemetery section listed. No luck, but there was a clue. I noticed a thin line of gravel at the top of the image. The stone had to be on the edge of one of the roads through the cemetery. I drove around carefully, getting out to check a few likely markers, but I found no match.

What to do? I noticed someone outside across the street from the cemetery so I asked if he knew where burial records might be kept. He was willing to show me where the sexton lived--I love small towns--but I didn't want to go knocking on a stranger's door after I'd been camping for three days without the benefit of a shower to wash my hair.

I made a quick trip into town to see if the library was open. It wasn't, so it was back to the cemetery for a second try. As I sat in the car, deciding how to cover the ground systematically so that I didn't miss anything, it came to me--RunKeeper, the app that I have on the third screen over on my phone for when I decide that I've had enough of the being lazy thing. I'd seen a Facebook post a while back about someone who uses the mapping feature to draw pictures and I realized that I could use it to record my path through the cemetery.

I drove the roads carefully with RunKeeper monitoring my every move. And at the end of 24 minutes, 8 seconds, I'd driven a mile, burned 137 theoretical calories, and still hadn't found the stone. 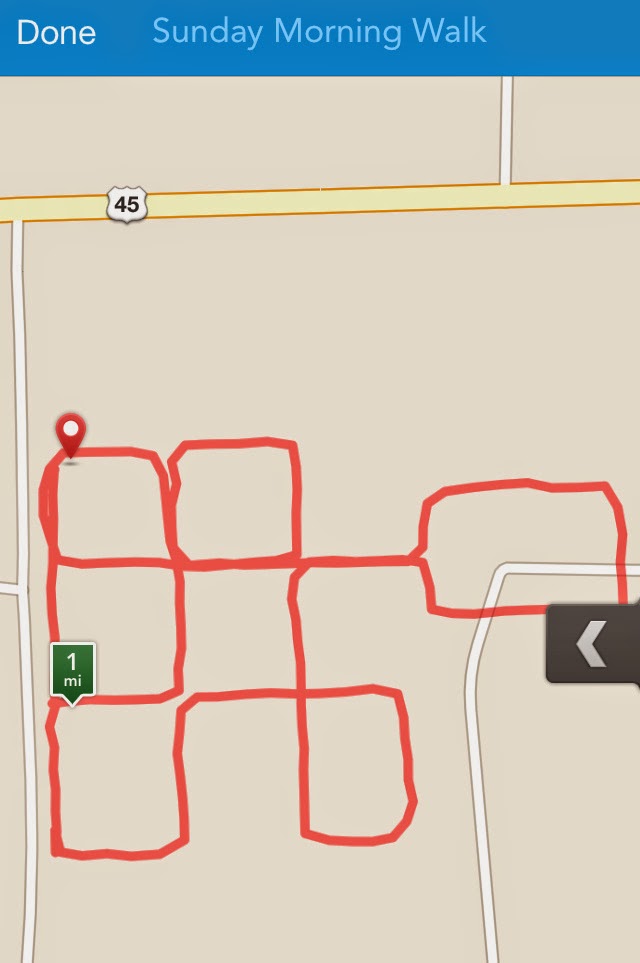 I saved the "walk" so that I could view the resulting map and it was then that I noticed that the large new section in the back seemed to be connected by a single road. It wasn't the way that I remembered it and I wondered if I'd missed a few of the sections around the perimeter of the nine-square box. I drove down the far left road and as I came up on the corner, my eye easily rested on the right stone. In that moment, I remember saying to myself with a quiet sense of reverent respect: "Mr. Janes."

This cemetery trip was a pilgrimage of sorts. Mr. Janes passed along a fiddle tune to Illinois fiddler Mel Durham who passed it on to California fiddler David Bragger, my teacher, who passed it on to me. I was there to bring Mr. Janes' tune back to him--to close the circle--and I did just that. It was an experience to treasure made possible by--of all things--the RunKeeper app. 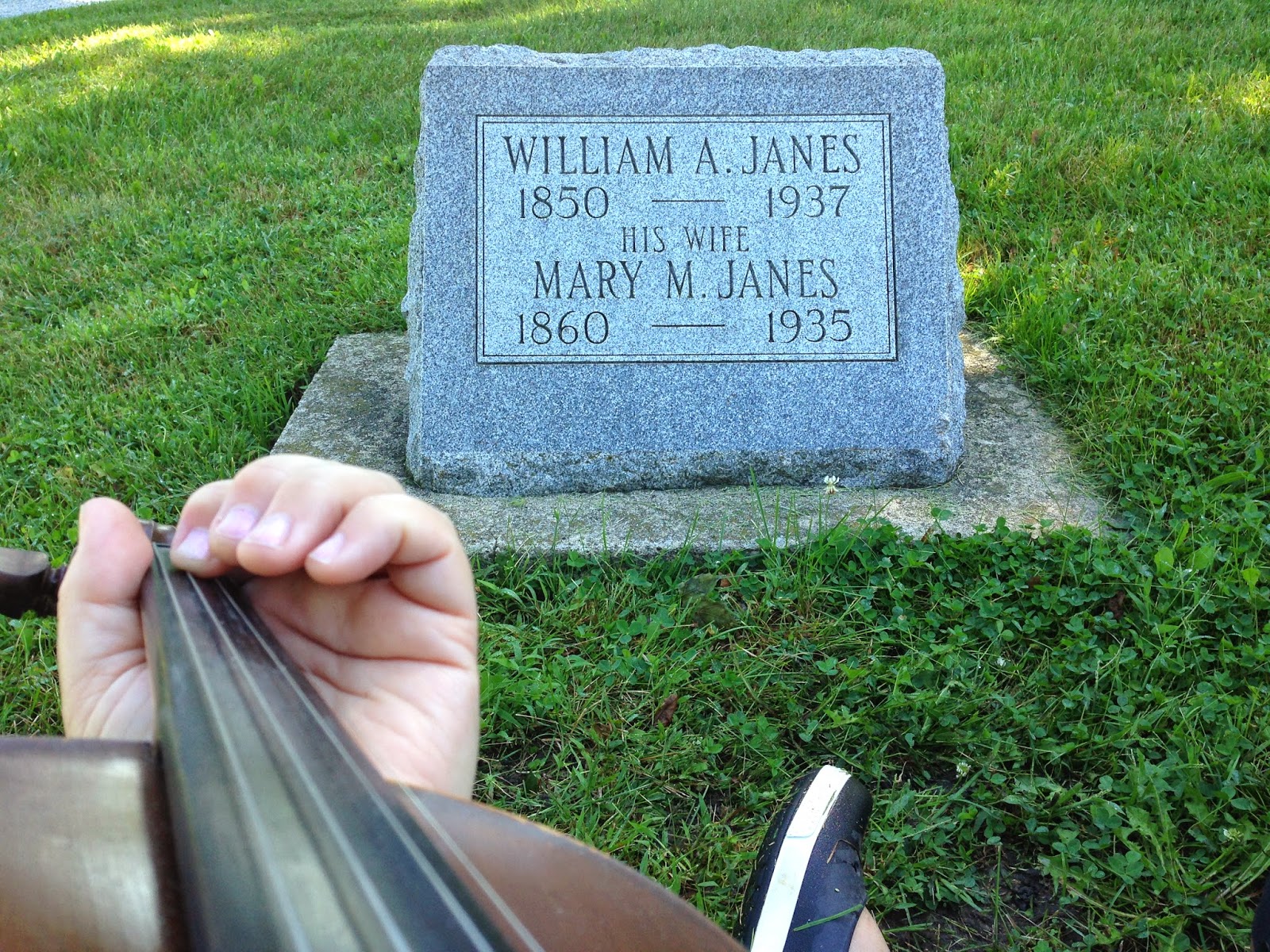