Finding a Story in Antique Photos

July 23, 2011
Last week my husband's banjo teacher told me that a friend of his had uploaded scans of historical photos--including pictures of early musicians--to a Facebook account and that I should really take a look. I did.

One photo in particular caught my attention--a man and a woman standing side by side for the photographer. I don't know anything about the people in the photo but it was easy for me to imagine a story filtered through my own experience and imagination.

The man's coat--not a suit jacket, a coat--was heavy and hung from his shoulders in a box-like shape. The bottom of it was noticeably wrinkled and his pants were baggy and worn, his shoes coarse. His large hands were drawn up across his chest in an awkward sort of way but they looked strong, like the hands of a laborer. The woman cut a solid figure clothed in a dark dress with rows of light vertical dots and a wide ribbon at her collar.

The fascinating thing was that the faces of the man and the woman seemed to match. It's possible that they were brother and sister, but I don't think so. Some people say that people who have been married a long time begin to look alike. I think that might be true.

Both the man and the woman were staring straight ahead, almost emotionless, but the woman had threaded her arm through the crook of the man's and it seemed that their bond was strong. Whatever life held for them, they were in it together. I suppose I'm a romantic at heart but I loved looking at that photo and I've thought about it ever since.

Browsing the album reminded me of a batch of old photos that I once bought on eBay. Some of them are from Chicago photographers and I think it's likely that they're all Chicago-related. Only one has any identifying information. The back of the first photo below reads "Frank Myslinski, 21.E. 120 Str, Kensington."

After my experience looking at the Facebook album this week I thought I'd share the photos that I have. Peering into the pictures below, do you see a story? If you do, please share. 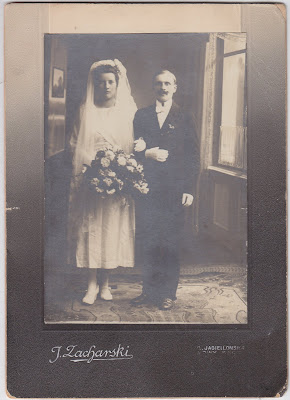 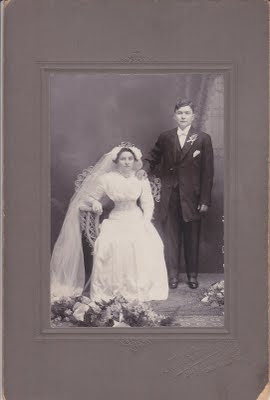 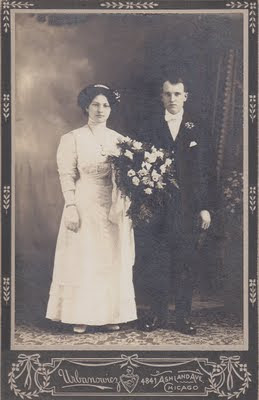 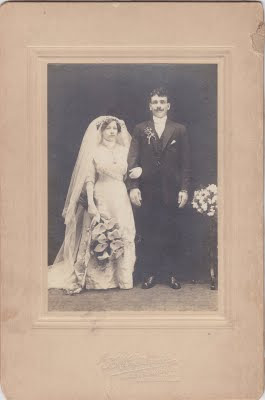 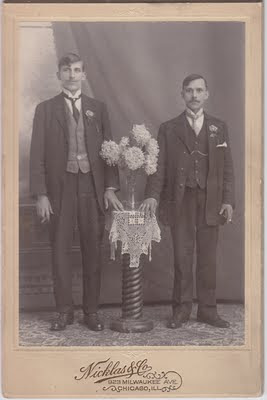 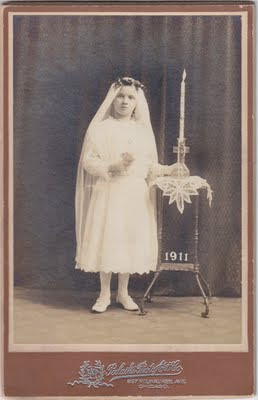 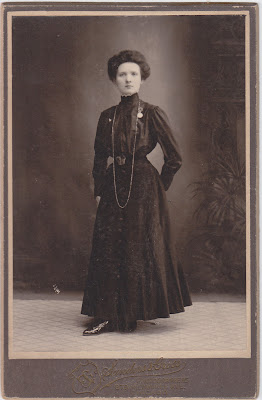 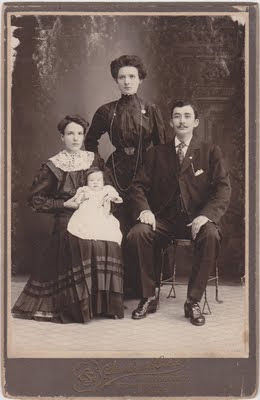 Deborah said…
The sixth photo, of the girl in the white dress with the candle on the table is most likely a photo commemorating her first communion. We have one of my grandmother from about the same time.
10:19 AM

Cyndy said…
That's what I though, too. It's neat that the family had a professional photo taken to celebrate that milestone.
5:09 AM